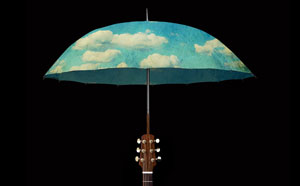 For instance, Andrew Flynn directed members of the Galway Youth Theatre and the Galway Community Theatre in Scottish playwright David Greig’s Midsummer (A Play with Songs), the production I saw at the intimate black box called Nuns’ Island Theatre on the first night of the festival.  With a cast of 15-odd non-professionals, ranging in age from 15-years-old to 78, Flynn staged what’s typically a two-hander as an ensemble choral storytelling piece.  This group of amateur actors was incredibly moving, as Flynn directs them with care and good humor and a wonderful sense of theatricality that allows the company’s collective delight in being on stage to propel the evening.

In Midsummer, Bob and Helena cross paths at 35-years-old, just as they’re both fed up with lives that have lead them essentially nowhere.   Bob is a petty criminal and Helena is a lawyer disillusioned by her affair with a married man.  When they happen to meet in a bar, their evening of drunken sex leads to emotional intimacy neither one of them expects and both of them need.

Greig’s play is charming and funny.  He draws the couple with the kind of rueful bemusement that made Kristen Wiig so appealing in Bridesmaids.  But here, both Bob and Helena share the lovable loser’s sense of defeat tinged with hope that keeps Midsummer engaging.  The lead actors in Flynn’s production have perfect chemistry.  Their journey toward one another is light and playful, but poignant nonetheless.

Flynn’s choice to set their relationship against the backdrop of an ever-present narrative community adds warmth and visual appeal to Midsummer.  Bob and Helena’s story stands out against the chorus of narrators, which makes it feel more universal than it might have with just two actors alone on stage delivering their tale.

In the production’s opening moments, the ensemble actors pass one another in various movement routes across the stage, creating a street scene that evokes the cityscape of Edinburgh, where the play takes place.  Otherwise, the chorus of actors is an interconnected mass, each actor keeping his or her hand staunchly on another actor’s shoulder.  Dressed for the most part in similar khaki green slickers that represent the city’s ever-present rain, they’re knit together like a benevolent set of rather hapless gods who hover with concern and good cheer over Bob and Helena’s action.

They all share the narrative, with some actors contributing a line here or there and others crafting paragraphs, each directing their words and their faces out to the audience in a pleasant bit of direct address.  They also provide the simple props that decorate Bob and Helena’s story.  Out of the mass of actors’ arms and legs come bottles of beer and glasses of wine, as well as the occasional Tesco bag full of stolen of cash or a pregnancy kit.  With these theatrical choices, director Flynn creates a physical scenography for the story that evokes the magic of imagination, in which things (and sometimes even the right people) appear just when they’re needed.

Some of the actors play multiple roles, signaling their new characters with a change of hat or eyeglasses.  The tallest actor plays all the bad guys, changing his voice and his affect with gestures and a different part in his hair.  The oldest actor plays the crime boss whose threat to Bob is neutralized at a climactic moment.  The youngest actor appears only once, for a scene in which Bob tries to reconcile with his teenage son, a boy he fathered when he himself was a teenager.  The scene is touching in part because the audience hasn’t seen this actor before; he’s as new to us as he is, in many ways, to Bob, singular in a community of voices that have come to feel familiar.

Three musicians accompany the story with guitar, ukulele, violin, and bass punctuation and with Gordon McIntyre’s simple ballads.  Flynn places them downstage left, where they’re softly lit and visible throughout the production.  They bring the same warm attention to the story as the rest of the ensemble, and their music raises the charm quotient even further.

The assembled actors and musicians are so utterly present in their performances, and so obviously delighted to be part of Midsummer, that their joy is infectious and affecting.  The production is funny and sweet, a testament to hope and human connection, to the collision of the ordinary with the magical, and to the ways in which theatre can create so much with a good story, a willing cast, and an imaginative director who can craft a warm and compelling evening.