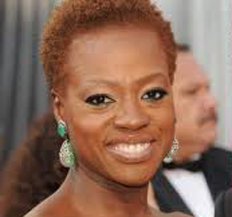 What’s a feminist spectator to make of an awards show that honors films that have so little to do with women behind the camera or as central to their stories?  Other writers have detailed the appalling lack of women nominated for Best Director this year, after Kathryn Bigelow’s historic win for The Hurt Locker in 2011.  God forbid a pattern should emerge of even nominating, let alone awarding, work by women directors.  In my alternate reality version of the Oscars, Dee Rees (Pariah) and Maryam Keshavarz (Circumstance) would both be on that list.

Instead, Academy voters nominated nine films for Best Picture, only one of which has anything remotely to do with women.  And that’s The Help, a movie whose racial politics are so compromised that it’s difficult to applaud its nomination, though its actors were uniformly excellent.

Frankly, Viola Davis was robbed by her friend Meryl Streep, who won her third Oscar for Best Actress.  That Streep should win for playing Maggie Thatcher as some sort of pseudo-feminist heroine, instead of Davis winning for bringing dignity and empathy to Aibileen, an entirely oppressed African American maid working in the heart of the pre-Civil Rights racist South . . . that’s just cruel and unusual.

Streep was right when she anticipated that people watching Sunday’s telecast would say, “Aw, no!  Not her again!”  But when she won a Golden Globe for her role this year, Streep named her fellow nominees with admiration.  She even mentioned actresses whose glorious work wasn’t nominated (including Pariah’s Adepero Oduye).

Instead of repeating that generous gesture at the Oscars, Streep smugly brushed off imagined objections to her win and didn’t even nod at the pack of excellent actresses she bested for the award.  She did embrace Davis on her way to the podium, but some more sincere public recognition of her steal would have gone a long way.  Even her pithy and earnest speech about the importance of friendship was too oblique to acknowledge the surprise of her win over Davis.  When will Davis, even with her talent and stature in the industry, again be cast in an Oscar-worthy role?  We can only hope soon.

Also robbed last night were Annie Mumolo and Kristin Wiig, whose biting, knowing, hysterical screenplay for Bridesmaids deserved recognition.  Sure, Midnight in Paris, which did win, was clever and even heart-felt for the typically more cynical Woody Allen.  But how predictable for him to write still another movie about a younger version of his anxious and conflicted self.  And how predictable for the Academy to acknowledge him again (even though he never attends the show, nominated or not).

When have we ever seen characters like those Mumolo and Wiig wrote for their comrades inBridesmaids?  When have we seen a woman conflicted about losing her best friend to the bridal industry and social prerogatives of marriage?  When have we seen a story about women so invested in being “the best friend” that they practically fist-fight to speak into a microphone at an engagement party?  When have we seen a stocky, pearl-and-bowling-shirt wearing woman seduce a man pretending he’s not an air marshal on a plane?  Or seen women getting sick every which way in the bathroom of a bridal shop?  So much of Bridesmaids was refreshing because it was told from a smart, talented, desiring, and ambivalent woman’s point of view.  Why wasn’t that story honored by the Academy?

Perhaps because it turns out that most Academy voters are white men whose median age is 62.  A recent Los Angeles Times study found that 94% of voters are white and 77% are male.   Of course that crowd will nod instead to Woody Allen.  Of course they’ll honor other stories about boys and men, like Hugo (however sweet), Extremely Loud and Incredibly Close (however sad), War Horse(however wrenching), The Artist (however quiet), Moneyball (however smart), The Descendants(however noble), and Tree of Life (however oblique).  Even in the Oscar show’s montage curated to demonstrate how much we love the movies, all the clips showed either heterosexual love scenes or men racing to get themselves out of trouble.

The only girls or women in evidence outside of those embracing men in the montage were Linda Blair, layered in her extreme exorcism make-up, and Meg Ryan, doing her extremely fake public orgasm in When Harry Met Sally (a rather self-serving scene for host Billy Crystal).  This, then, is how we love women in the movies?  Only if they’re in love with men, possessed by demons or by sex, or completely absent?  Please.

I liked the interstitial interviews with actors and filmmakers on the Oscar show, in which they described when they began to love the movies.  But only Reese Witherspoon seemed to get any screen time there, among a host of men telling anecdotes.  At least a few women got to speak to their work during the production clips, for which short quotes from interviews with nominated artists played alongside images from their films.  Those moments brought dignity and respect to the profession, in stark contrast to the ubiquitous, mindless prattle between presenters who can only seem vacuous in that context, regardless of their intelligence.

(But even those short clips elide the fact of women’s lack of advancement in the film industry.  Martha Lauzen’s recent study about women and the “celluloid ceiling” reports the dismal percentages of women producers, editors, and cinematographers working on the top 250 films of the year.)

The Christopher Guest crew’s funny spoof about focus groups, in which the assembled tweaked The Wizard of Oz out of its Dorothy, offered the best writing (and some of the best performances) of the Oscar show evening.  The standing ovation for Octavia Spencer, winning for her performance asThe Help’s stalwart Minnie, was moving, but I wish she’d won for better material than the stereotypically sassy maid who’s redeemed by the socially mobile white woman who tells her story.

Watching Beginners’ Christopher Plummer accept his award for his fine performance as a gay man coming out late in his life was heart-warming.  But his win for playing gay didn’t make up for the fact that no one awarded this year thanked same-sex partners or referred in any way to queer lives.  Along with women, LGBT folks were invisible in the show (unless you count the vaguely homoerotic flying men in suits in Cirque du Soleil’s strangely out-of-place spectacle).

I’m glad The Separation was the first Iranian movie ever to win a Best Foreign Film award.  But the film’s wife/mother in the story is demonized for wanting a better life for her daughter, and for precipitating another woman’s tragedy by “abandoning” her own family.

What kind of message do these awards send about women?

Finally, here’s Billy Crystal, trotted back out to host the show for the ninth time.  How self-congratulatory of him to structure his entire opening monologue about whether or not he should accept the invitation to host?  His shtick all evening seemed to me like Jewish minstrelsy.  We won’t even mention his blackface routine as Sammy Davis Jr. alongside Justin Bieber in that silly, manufactured scene from Midnight in Paris.  Crystal shrugged his shoulders like a low-rent Bob Hope and tried to raise eyebrows that looked paralyzed by Botox.  Crystal seemed a parody of himself, a canned, predictable, self-immolating copy of the quick-witted, genial host of shows past.

I’ll just keep hoping that next year, things will change.  Maybe Tina Fey and Kristin Wiig will write and host the show.  Or maybe they’ll write and Viola Davis and Octavia Spencer will host.  Or maybe Janet McTeer and Glenn Close will do the honors, dressed in matching tuxes.

And maybe the nominated material will be rich examinations of the lives of women, people of color, and LGBT people, as well as straight, white, male people.  Wouldn’t it be nice to hear and see stories that say something we haven’t heard before?