People should be a 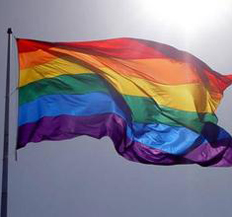 ble to choose their sexual practices, and not be penalized when their partners don’t mirror the conventional norm.

Cynthia Nixon made news in her recent New York Times Magazine profile when she said she chose to become a lesbian in the middle of her life. Many gay and lesbian activists are infuriated by Nixon’s rejection of the standard “born this way” rhetoric, and angry at their recently anointed spokesperson for tampering with the party line.

But in a moment when more and more people see sexuality as a mutable practice, rather than a biologically determined identity, such a debate is anachronistic. People should be able to choose their sexual practices, and not be penalized when their partners don’t mirror the conventional norm.

LGBT activists’ platform about innate sexual orientation has served a political purpose by trying to protect a vulnerable minority from conservative political backlash. Why should LGBT people have civil rights, the thinking goes, if their identities are formed by choice? People of color and ethnic minorities have no choice; neither do differently abled people.

But as Frank Bruni argued recently in the Times, this reasoning suggests that rights should only be granted according to biology or the accidents of fate that keep people from being fully enfranchised. LGBT, feminist and queer theorists such as UC-Berkeley’s Judith Butler and University of Michigan’s Gayle Rubin propose that gender and sexuality in fact aren’t innate, but are chimeras constructed as indisputable fact by ideology and long-established cultural norms. Nixon’s announcement follows their logic. She had a long-term relationship with a man; now she’s in a committed relationship with a woman. She says jokingly that “gay is better,” but that she chose among sexual practices and relationships is most important.

Nixon’s insistence that she’s making a choice about her sexuality is doubly radical. She’s refusing to submit to conservative constructions of sexuality that make heterosexuality the only appropriate expression of desire and she’s advocating for a rights-based argument that isn’t rooted in biology but in practice and experience. The old models of lifelong, unwavering sexual orientation no longer adequately describe the multiplicity and fluidity of sexual practices and choices.

Further, Nixon’s willingness to affiliate with the LGBT community, to proudly claim her relationship with her female partner, and to serve as a spokeswoman for non-conformist sexual preferences is still, sadly, radical. Famous closeted performers and personalities are legion in our society, but they rarely fool anyone. The rumors circulate and eventually consolidate around a truth. After years of suspicion and denial, Ricky Martin came out as gay when he adopted twin baby boys, admitting he wants his children to take pride in him. Ellen Degeneres came out after years of teasing her television and comedy show fans, and like Nixon, became an activist for LGBT political concerns, as well as a beloved, out, TV talk-show host.

Other stage and screen actors wouldn’t think of hiding their sexuality: Broadway and television actor Cherry Jones has long been open about being a lesbian, which didn’t seem to hurt her believability playing the president of the U.S. on 24. Out actors Zachary Quinto (Star Trek, Margin Call), Cheyenne Jackson (Glee), Jonathan Groff (Glee), and Jane Lynch (Glee) also come quickly to mind. (And clearly, a television show about musical theater performance greases the wheels for representing and accepting sexual diversity.)

Public personalities who hide their relationships shirk their responsibility as role models not just for young people but for all of us. Everyone needs to see a range of affectational and sexual choices demonstrated in their lives and represented in the films, plays and television shows they see.