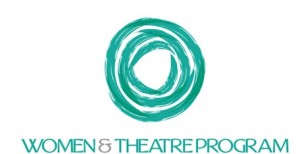 These remarks were delivered at the Women and Theatre Program conference at McGill University in Montreal on July 29, 2015, right before the Association for Theatre in Higher Education (ATHE) conference at the Fairmount Hotel.  Robin Bernstein chaired the panel, and I spoke with Charlotte Canning, Jennifer Brody, Lisa Merrill, and Sara Warner.  Thanks to them all for their smart remarks, and to the current president, Lisa Hall Hagen, and vice-president, Lindsay Cummings, of WTP for their leadership.  I’ve written about the Women and Theatre Program conferences over the years, because they’ve always been foundational to the field of feminist, lesbian, and now queer performance theory, history, and criticism.  A chapter on the conference can be found in Presence and Desire:  Gender, Sexuality, Performance (University of Michigan Press, 1993), which also reprints my essay, “In Defense of the Discourse,” to which I refer, below.  And it turns out I was WTP’s president in the early 90s . . . I think.–JD

I can’t even quite remember when I was the president of WTP, in terms of dates or years.  I only remember that I followed Vicki Patraka’s superb and energetic leadership, and that when I took over as president, she handed me a checkbook and a sheaf of papers that was the WTP archive at the time, and promised to talk to me on the phone whenever I needed her.  We talked on the phone a lot in those days.

I don’t want to sound like an “elder”—we don’t track in the language of “foremothers” or matriarchs anymore, even though, at almost 60, I’m starting to feel like one.  But in these brief remarks, I want to recall for you what it felt like to run and maintain a pseudo-professional organization for a field that barely existed, around keywords that drew us together and soon after blew us apart.

The stakes were so high in those days.  We needed one another to create community of mind and emotion, because some of us were academics and some of us were artists and we had to teach one another how to think about our mutual work because no one else would take it seriously.

We were women, and that gave us something powerful in common, not because of any fundamental similarities, but because gender determined how we were seen in the profession, in the theatre, and in the world.

We were different from one another politically, in our sexual preferences, our class backgrounds, our race, ethnicity, gender presentations, ability, and the host of other identity markers that we’d come to parse ever more carefully, together, over the years.

But what we shared was a profound commitment to “the discourse” (as I called it once when I was defending it), to the idea that we needed to create a way of thinking women, feminism, lesbianism (as we called it then), theatre, theory, and performance together.

I’m not sure anyone had tenure, back in those days.  Vicki, and Rhonda Blair before her, had entered the academy before me, but I don’t think they were tenured yet.  In those days (the mid-80s), I was counselled by a male friend at the university where I would soon accept my first job not to pursue that “feminist” stuff until after I got tenure (advice I didn’t take).  There was every possibility Vicki and Rhonda and other feminist theatre pioneers at the time would lose their jobs over their scholarship.  I still sometimes don’t believe that I got a job, as an out lesbian-feminist performance critic and theorist.

But soon, despite what felt like the danger and what people now like to call “precarity,” the world cracked open, bit by bit, and the academy, ever keen to sniff out trends, found us and began to publish us, and to let us teach, and to tenure us and promote us, and low and behold, even to appoint us as program directors and chairs and deans and provosts.

Who would have thought it?  Not me.

We still have a lot of work to do, as a professional organization and as a field.  Our work is still partial, our community still not diverse enough, in terms of race, class, areas of scholarship, thought, artistry.  There will always be other people, and academics who think in other ways, and artists who create other kinds of work, to attract to our conversations.

But I come back to these conferences proud and relieved that 35 years later, we still gather annually, that who we are keeps renewing itself, even as some of us return over and over again.

Look what we’ve built!  We’ve created community, however partial, fractured, and unstable; we’ve created an archive for the future; we’ve nurtured generations; and we remain the envy of all who come after us at that conference called ATHE, down the street, just as we always have.

It takes work to do this—so I want to end by thanking everyone in this room and everyone who couldn’t be here today for everything they’ve done to keep WTP thriving.  And let me encourage you all to step up—do the work, because it matters so far beyond each of us as individuals.

Step up, because this, right here, is the beating heart of our field.  I will always be delighted to have been one of its capillaries.  Thanks!